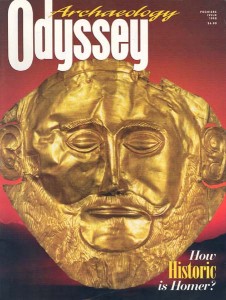 The Iliad and the Odyssey were composed nearly 3,000 years ago, and they are still constantly translated, imitated, dramatized and—above all—read. In a world in which few things stay in fashion for more than a single season, that is indeed a surprising fact. It is also a fact that distinguishes our society from most others of the past: The ancient Greeks, for example, did not possess and read texts nearly so old or remote from their own time.

But that is not all. These ancient poems, which have been read and reread for so many centuries, are in many ways more accessible to us than some of the great classics of English literature. Most people find it far easier to read a translation of the Odyssey than to pore through Edmund Spenser’s Faerie Queene, for example. Among ancient epics, too, the enduring popularity of Homer’s poems is unparalleled. We have access to many of the great works of Roman literature, including the central work of Latin poetry, Virgil’s Aeneid. But the Aeneid is one of those classics that people tend to respect but leave unread, like John Milton’s Paradise Lost, of which Samuel Johnson said unforgettably, “No man ever wished it longer than it is.”