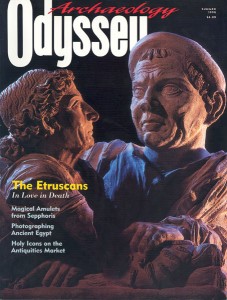 These four did not make Chaucer’s list only to add an exotic flavor to his late-14th-century poetry. Chaucer cited them because they were the great medical authorities of the ancient world—physicians whose textbooks were being used in European medical schools and would continue to be used for centuries to come.

After the collapse of the Western Roman Empire in the fifth century, much of Europe’s intellectual heritage was lost. Of Greek science, all that remained were Pliny’s Natural History (first century C.E.), some elements of Galen (second century C.E.) and Boethius’s treatises on logic and mathematics (early sixth century C.E.).

Medicine as a science independent of religion virtually vanished. In the seventh century, the Catholic Church banned surgery by monks, largely because of the use of cadavers for scientific dissection. Since nearly all of the surgeons of that era were clerics, the decree virtually ended the practice of surgery in Europe.