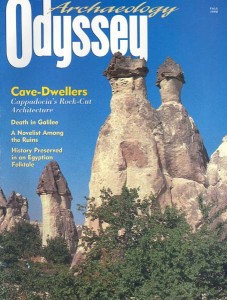 In 64 A.D. a devastating fire blazed through Rome, destroying half the city. In the decades that followed, such familiar structures as Nero’s palace, the Colosseum and Trajan’s Baths rose from the ashes.

What did Rome look like before the fire? A fresco discovered this February, dating to the first century A.D., may hold the answer.

Italian archaeologist Elisabetta Carnaburgi discovered the fresco in a dark tunnel beneath the ruins of Trajan’s Baths, in central Rome. The large faded painting, 18 feet wide by 10 feet high, shows an unusual bird’s-eye view of an ancient city, with robust walls and seven defensive towers. The walls enclose residential buildings, small houses with loggia-adorned balconies, a palace and a theater. A river meanders through the heart of the city, much as the Tiber River flows through Rome.

Now this fresco is at the center of controversy. Archaeologists and historians are debating whether this elegant urban tableau, dubbed the “Painted City,” represents ancient Rome, another city, or simply an ideal metropolis that existed only in the artist’s imagination.

Italy’s venerable art historian Federico Zeri has hypothesized that the city may be Londinium (today’s London). Others argue that the strong shadows cast upon the painted city’s bridge indicate a bright Mediterranean locale. The cowboy-hat-shaped roofs of the twin towers by one of the city’s gates also seem to evoke the architecture of the eastern Mediterranean.