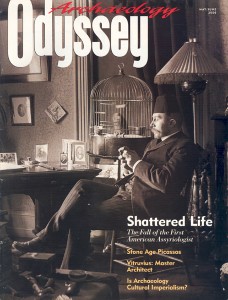 Round and Round We Go

The furor over the Elgin Marbles heats up!

ArtWatch UK, a British group that monitors the restoration of works of art, has charged that in the 1950s Greek restorers badly damaged marble sculptures from the Hephaesteum (a fifth-century B.C. temple in the Athenian Agora dedicated to the gods Hephaestus and Athena) in an attempt to clean them. These charges came as a team of Greek archaeologists were about to issue a report confirming that the British Museum had conducted a similarly damaging cleaning of some of the Elgin Marbles in the late 1930s.

This most recent flurry of accusations, however, has less to do with past mistakes than with the question, Should the Elgin Marbles remain in the British Museum?

The Elgin Marbles are a group of marble carvings removed from the Parthenon, the fifth-century B.C. temple of Athena on the Athenian Acropolis, by the Scotsman Thomas Bruce, the seventh earl of Elgin. Between 1799 and 1801, while serving as British ambassador to the Ottoman Empire (which then ruled Greece), Lord Elgin extracted 18 life-size pediment statues (including the carving of Theseus above), 15 metope panels and 56 frieze panels (a 247-foot stretch of marble) from the temple and shipped them to London. In 1816 Elgin sold the marbles to the British Museum for £35,000, where they have remained ever since (see Jacob Rothenberg, “Lord Elgin’s Marbles,” AO 01:02).