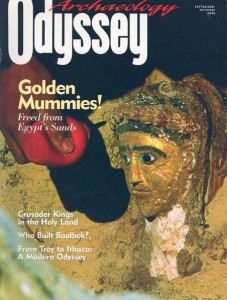 It was one of the most romantic, chaotic, cruel, passionate, bizarre and dramatic episodes in history. In the 12th and 13th centuries A.D., a continual stream of European armies, mustered mostly in present-day France and Germany, marched out to destroy the infidel. Crusaders attacked non-Christians in northern and eastern Europe; they conducted bloody pogroms against Jews and “heretical” Christians in their own territories; they campaigned to push Muslims off the Iberian peninsula and out of North Africa; and, most important of all, they conquered Palestine, ruling the Holy Land from their citadel (above) in Jerusalem.

Easily the most successful of these campaigns was the First Crusade (1096–1099). Palestine had been in Muslim hands since the seventh century, when Persians and then Arabs wrested it from the Christian Byzantine Empire. In the mid-11th century, Seljuk Turks from beyond the Caspian Sea invaded the Near East, converted to Islam and subdued the reigning Arab power, the Abbasid caliphate in Baghdad. They then pressed north and west, seizing most of Byzantine Anatolia. The Seljuk advance meant that Christian influence in the East was considerably diminished. It also meant that pilgrimage routes, long protected by the Byzantines and friendly Arab rulers, were closed down: Christians could no longer walk where Jesus had walked.