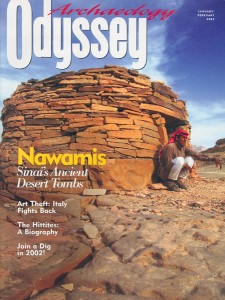 Just 50 years ago, no one knew the origins of perhaps the greatest human invention of all time: writing.

The clues lay in thousands of artifacts accumulating dust in the storerooms of the world’s great museums. For 25 years, I visited museums in the Near East, Europe and North America, systematically examining clay objects from the Neolithic period (8000–6000 B.C.). Among figurines, spindle whorls, pots and mud-bricks, I found lots of minuscule clay tokens in many shapes. What were they? No one had any idea. I finally came to understand that these humble clay tokens were counters—and that they were the precursors of the earliest writing.

It all began about 7,500 B.C., when early farmers became concerned with keeping track of goods. They made counters out of clay in a dozen shapes, including cones, spheres, disks, cylinders, tetrahedrons and ovoids. Each shape was assigned a meaning. A cone, for example, stood for a small measure of grain, a sphere stood for a large measure of grain and a cylinder stood for an animal. The invention was simple but of the greatest importance: It was the first visual code, the first symbol system ever created for the sole purpose of communicating.

There are about 8,000 of these tokens, from Palestine, Anatolia, Syria, Mesopotamia and Iran. Clearly such accounting practices were common throughout the Near East.