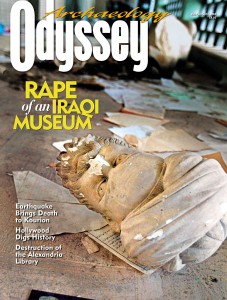 On a sunny morning in 642 C.E., armies of Muslim Arabs, in the process of conquering Egypt, destroyed the ancient library at Alexandria, which for a thousand years had been the western world’s most important center of learning.1

The library held a million volumes, including an extensive collection of Greek and Roman literature, as well as works of science, philosophy, religion and law. The Alexandria Library was nothing less than the summit of ancient scholarship. Its archives and museum were filled with the intellectual riches of Mesopotamia, Persia, Greece, Rome and Egypt, and its research center was visited by many generations of scholars seeking to stimulate their minds and keep alive memories of the past.

Following the library’s destruction, literary scholarship and scientific inquiry suffered greatly in the West. Indeed, nearly a millennium would pass before Western thinking returned to the level of sophistication achieved at the Alexandria Library in its heyday. A single building, that is to say, was crucial to the advancement of an entire civilization.