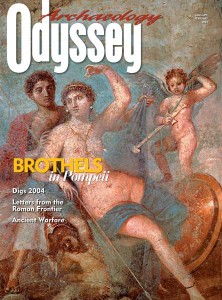 Everything you always wanted to know about Ugaritic rituals can be found in this book.

The ancient city of Ugarit, modern Ras Shamra near the Mediterranean coast of Syria, was the capital of a large city-state during the Late Bronze Age (c. 1550–1200 B.C.E.). The excavations at Ugarit, begun in 1929 by the French archaeologist Claude Schaeffer, are famous around the world for uncovering a rich repertoire of objects of high artistic quality. The scholarly value of the silver, gold and ivory artifacts, however, pales in comparison with the hundreds of cuneiform documents that have been, and are still being, discovered at the site.

Dennis Pardee, a specialist in ancient Semitic languages at the University of Chicago, is the only American member of the French team of scholars working on these texts. Ritual and Cult at Ugarit is a modified version of his Les textes rituels (Ras Shamra-Ougarit XII [Paris: Éditions Recherche sur les Civilisations, 2000])—which includes all of the texts in Ritual and Cult at Ugarit, as well as a complete commentary on every one. The general reader can only be thankful for this slimmer, popular volume, which provides accessible, up-to-date translations of the ritual documents from Ugarit and a very reasonable number of notes.