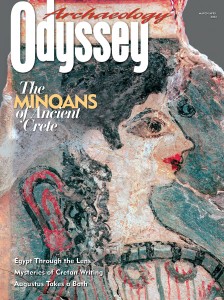 The Dead Sea Scrolls—as esoteric and daunting a collection of ancient documents as we are ever likely to find—have become a fixture of popular culture. TV personality David Letterman, known for his nightly Top Ten lists, once featured the Top Ten Secrets of the Dead Sea Scrolls. (My favorite was number 4: “Without going into details, Episcopalians are in a lot of trouble.”)

Though well known, the Scrolls are also deeply misunderstood. A Scrolls scholar told me that on a recent trip to Israel he accompanied a tour group as its bus approached Qumran, the settlement along the Dead Sea near where the Scrolls were found; the tour guide announced, “Ladies and gentlemen, here is the birthplace of Christianity.” Afterward, the scholar asked the guide why he had made that announcement—the Scrolls have no direct connection to Christianity, the scholar pointed out. “I know,” the tour guide responded, “but it’s more dramatic this way.”

It is that clutter of mystery larded with misinformation that The Complete World of the Dead Sea Scrolls seeks to dispel. It succeeds admirably. The authors, well-known Bible scholars, have produced a volume that might be confused with a coffee-table book, thanks to its heft and numerous illustrations, were it not for all the information it contains. The book is as multi-media as a printed work can be: Photos, lists, illustrations, maps, charts and sidebars on particular subjects intersperse the running text.