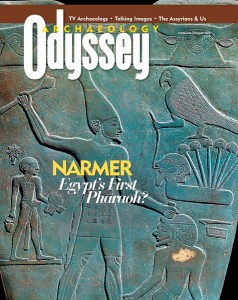 The history of ancient Rome is one of humanity’s great sagas—a long, dramatic narrative to which both “high culture” icons like Shakespeare and “pop culture” moguls like Hollywood producers repeatedly turn. The proper telling of this story, however, is no small challenge; it encompasses ten centuries, thousands of leading actors, dozens of intertwined cultures, three continents and the entire gamut of human motivations. To encapsulate all this within the covers of a book is to create a jewel.

Such jewels do exist, starting with Edward Gibbon’s immortal Decline and Fall of the Roman Empire, written in the latter part of the 18th century. This work began a venerable tradition of Roman historiography based largely on ancient authors. Gibbon was rather generous in taking those authors at their word, but later historians have been more critical. The principal role of modern scholars, in fact, has often been to compensate for the limitations of ancient sources by arbitrating among the true, the false and the unknown.

The classic example from the 20th century is Arthur E.R. Boak and William G. Sinnigen’s History of Rome to A.D. 565 (the first version appeared in 1929), which relies on ancient authors, too, but more critically and with better use of non-literary sources of information. Boak and Sinnigen also broadened the focus of their history beyond traditional political and military affairs to include, among other things, social organization, the place of women in Roman society, and religious traditions. Their History of Rome was so successful that it has rightly remained a standard college textbook for over 60 years.