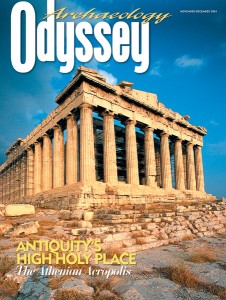 So much of who we are was born in ancient Mesopotamia, the land between the (Tigris and Euphrates) rivers: The first city-states. The earliest writing. The first songs and poems (including the Epic of Gilgamesh). The first glass-making. The earliest mathematical systems. The first archives and libraries ...

Mesopotamia was the home of Sumer, Babylonia, Assyria. Mesopotamian influence stretched east into Persia and central Asia, north into Anatolia, west into the Levant and Egypt, and south into Arabia. When ancient kings needed to correspond with one another, they used the predominant language of Mesopotamia, of course, a Semitic language called Akkadian.

The world’s three great monotheistic religions—Judaism, Christianity and Islam—have roots in ancient Mesopotamia. Not only are some biblical stories influenced by the literature of Sumer and Babylon, but Abraham, the Patriarch of Patriarchs, hailed from the southern Mesopotamian city of Ur (excavated by the British archaeologist Leonard Woolley in the 1920s).

It so happens, however, that most of ancient Mesopotamia is covered by modern Iraq, a country ravaged by war for the past quarter century.