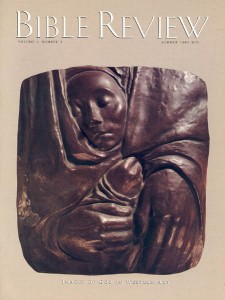 In the Acts of the Apostles, we are told that Paul made three missionary journeys. In almost every introduction to the New Testament I have seen, the author discusses St. Paul’s journeys in terms of places and dates; his concern is to establish the location of the cities Paul visited and to fix the exact time he visited them. But when Paul himself speaks of his travels he emphasizes, not the “where” or the “when,” but the “how.” For instance, in defending himself against attacks on his authority in the church of Corinth, Paul writes:

By this catalogue of hardships, the Apostle underlines his dedication to his ministry. But for us, too much is left unsaid for the evocative potential of Paul’s description to be fully realized. Paul’s contemporaries could easily have filled in the picture from their own experiences. We who travel at great speed and in security and comfort, however, need to transport ourselves consciously to a very different world if we are to appreciate the conditions under which Paul passed a great part of his life, and that contributed to the experiences that became integral to his theology.