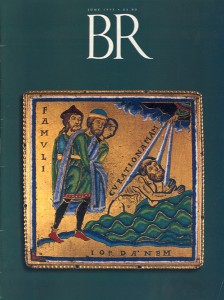 At a recent conference of religious leaders, delegates joined in singing an Argentine folk song:

Mi corazon te adora!
My heart, my heart adores you!

Mi corazon te sabe decir:
My heart knows how to say to you:

When singing a song in another language, with an interlinear translation provided, one thinks about the words more than in the case of familiar songs. I was a bit shocked by the last word of address to God: “Señor,” the everyday word for “Mister” in Spanish. In English the word “Lord” and the companion term “Lady” no longer belong to ordinary speech; they echo an aristocratic language that has become rather archaic.

It is not surprising, then, that some religious bodies in the United States have debated whether to use the term in worship. The United Church of Christ, for instance, after controversial debate at its national synod, decided recently to continue the usage of “the Lord” in its new hymnal. It would take radical editorial surgery to remove the term from hymns or scriptural passages (such as “The Lord is my Shepherd,” Psalm 23) that have won their way into the hearts of many people.