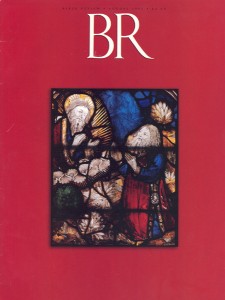 In the biblical world, nothing exists unless it is named. The power of naming is linked to the power of creating: In one inseparable motion, God creates, and then immediately names, Day and Night, the Sky, the Earth and the Seas (Genesis 1:1–10).

In the same way, when children are born in the Bible, they are immediately given names. Births and naming are recorded consecutively in three generations of the patriarchs: Isaac (Genesis 21:2–3), Jacob (Genesis 25:24–26) and Joseph (Genesis 30:23–24). Naming, then, belongs to the same act of creation as giving birth; and the naming of a child has a gravity similar to God’s creation of the universe.

The act of naming is also significant because it places the name-giver in authority over the name-bearer. Rachel and Leah name their children, as well as the children of their handmaids (see Genesis 30); because of their power of creating-naming, these two matriarchs (and not their handmaids) are called the ancestors of Israel’s twelve tribes (see Ruth 4:11).