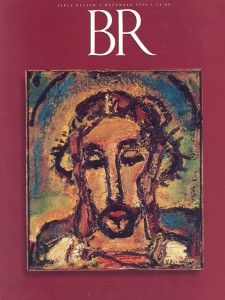 What did Jesus know? My answer to that question, as both a Christian and a scholar, has changed over the course of a lifetime.

In the understanding of Christianity I received in childhood, the answer was obvious: Jesus was divine, God incarnate in human form. I therefore took it for granted that Jesus (like God) was omniscient and would have known everything. I assumed that if he had been asked, “What’s the theory of relativity?” he would have said, “E=mc2.”

But as a young graduate student studying theology and Jesus scholarship, that answer became unacceptable. Ascribing omniscience to Jesus of Nazareth, I realized, crosses the boundary into docetism, a common and yet unorthodox Christian position. Docetism says, in effect, “Though Jesus looked like a human being, deep down inside he was really God—and that’s why he had superhuman knowledge and power.” But if Jesus had a divine mind and divine powers, then he essentially ceases to be human, and his humanity has been reduced to an outer shell.

Furthermore, I saw that taking Jesus’ full humanity seriously has an immediate implication. Namely, whatever Jesus knew, he learned from his experience in a comprehensive sense—his socialization, his observation of the world, his relationships, his religion. In short, whatever he knew, he came to know in the same ways that we all do.