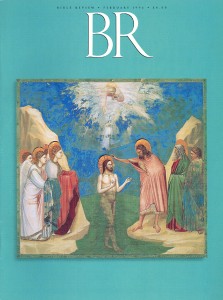 King Josiah of Judah instituted a religious reform in 622 B.C.E. that scholars refer to simply as Josiah’s Reform. It might well be called the Deuteronomic Reform. Israelite religion would never be the same.

As the Bible tells it, in the course of repairing the Temple, which had apparently been considerably neglected, the high priest at this time, one Hilkiah, “found” an important scroll. The biblical text calls it the “Book of the Law” (Sepher ha-Torah) (2 Kings 22:8). In a later retelling of this event, in Chronicles 34:14, it is called the “Book of the Law of the Lord given by the hand of Moses” (Sepher Torat Yahweh b-yad Moshe).a Virtually all scholars agree that this book (or, more precisely, this scroll) was a form, probably an early version,b of Deuteronomy, the fifth book of the Pentateuch.

The name Deuteronomy derives from Greek and means a second telling of the law. The name is appropriate because Deuteronomy repeats the law and history contained in the other four Pentateuchal books (sometimes called the Tetrateuch), presented as a long farewell speech by Moses. As we shall see, however, some radical changes are introduced into this second telling.

The Book of Deuteronomy incorporates significant changes in both beliefs and worship as well as in social and moral values. The full impact of these changes can best be appreciated by comparing them to parallel provisions in earlier non-Deuteronomic texts.