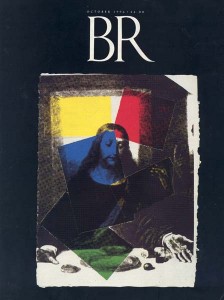 It is a commonplace that every book of the Hebrew Bible except Esther has been found among the Dead Sea Scrolls. Actually, this is true only if you count Ezra-Nehemiah as one book—as, indeed, it is so regarded in Jewish tradition—since only a fragment of Ezra, but not Nehemiah, has been identified.

But why not Esther? Some have suggested theological reasons: Esther is not a particularly religious book; it lacks any interest in Judah and its cultic institutions; and it has a sympathetic view toward the gentile King Ahasuerus. Moreover, it is the only book of the Hebrew Bible that does not mention the name of God.a

Others have suggested that it’s a matter of happenstance. There may well have been a copy or copies of Esther among the scrolls, but they did not survive.

In 1992 the direction of the discussion drastically changed, for in that year J. T. Milik published a fragmentary (as usual) text he claimed was a model or source for the book of Esther. He denominated the text proto-Esther and tried to show that there was a relationship of direct dependency between the text from Qumran, where the scrolls were discovered, and the text found in the Hebrew Bible.