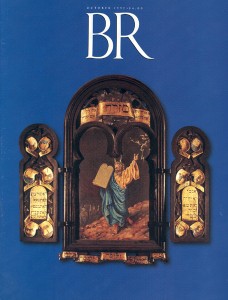 Most people know this cinematic version—à la Cecil B. de Mille—of the giving of the law on Sinai. The biblical version, however, is much less familiar, even to many devoted readers of the Hebrew Bible—perhaps because it is much more difficult to follow.

The Bible presents the lawgiving not as a single dramatic event but as a lengthy process that begins on Sinai but does not end until 40 years later. Moses descends Sinai not once but eight times, and more and more laws keep coming all the time. Moses commits them to writing twice; God inscribes two sets of tablets. Moses conveys laws to the Israelites time and time again.

The complete story covers three and a half of the first five books of the Bible, known as the Torah, a full 60 percent of the 187 chapters. It abounds in difficulties—at times appearing so disrupted and inconsistent, so contradictory and repetitive, that it is difficult to read as a continuous whole.