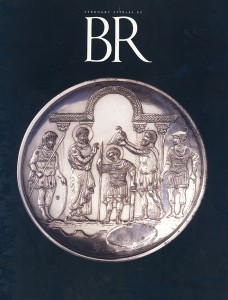 Cain and Abel: The first two brothers of the first family in history. The only brothers in the world. The saddest, the most tragic. Why do they hold such an important place in our collective memory, which the Bible represents for so many of us? Mean, ugly, immoral, oppressive—their story disturbs and frightens. It haunted mankind then and still does, working its way into our nightmares.

At first we become attached to Cain. He shares with his younger brother, Abel, the generous idea of offering gifts to the Lord. But for this, Abel might never have felt the need to do the same. For reasons the text does not bother to explain, however, God accepts the gift from Abel after refusing the gift from Cain.

An unjust Creator of the World? Already? How can we understand this favoritism? What did Abel do so great, beautiful or praiseworthy as to merit the divine sympathy denied to his brother? Cain, innocent victim of unprecedented heavenly discrimination—how can we not wonder about his fate?

As always, the midrasha comes to the rescue in our attempt to fill the gaps left by the biblical text. we learn that God would have preferred Abel’s gifts—021they were of choicer quality.

Until then brothers united, surely devoted one to the other, the two would never be close again. A fight erupted. And Cain killed Abel.