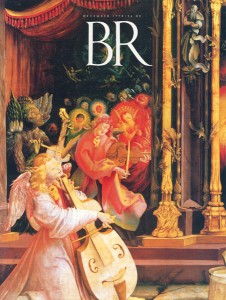 Joshua, the perfect disciple. Obedient and humble. The man whose devotion to his master can serve as an example to all. God’s chosen, just as Moses had been. The servant become leader, whom God and Moses do not cease to encourage—so much so that we wonder why he had such a need. Is it because, in his humility, Joshua felt so inferior to Moses that he believed himself inadequate, unqualified and even unworthy to complete a task that only his master was capable of completing satisfactorily? Joshua will inherit political and religious authority from Moses but not his prophetic style. God accomplished miracles for Joshua. He went so far as to upset the laws of nature by ordering the sun to stand still, but Joshua’s speech lacks the magic that emanates from the words of the prophets.

A great melancholy emerges from his life story, a sadness that stays with him to the end of his days. Is it because his life unfolds in the midst of noise and fury?

In truth, Joshua makes me afraid. His personality is too dark, involved in too many battles, too many confrontations. The man of blood and glory, he is the one sought out when someone is needed to throw himself into the fray, to push back or attack the enemy. To read his book is to move forward into the ashes, among disfigured corpses.