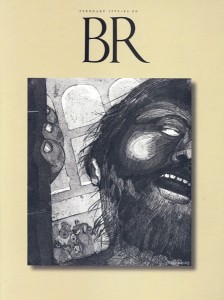 When the National Rifle Association recently elected Charlton Heston, who is best known for his portrayal of Moses in Cecil B. DeMille’s The Ten Commandments, as its new president, the NRA’s vice president said that it was “a way of saying, ‘Hey, Moses is on our side.’” And when Jeffrey Katzenberg, cofounder of the DreamWorks studio, wanted to show that his animation team could compete with Disney, he produced The Prince of Egypt, the first major film about Moses in more than 40 years.

The Prince of Egypt, which premiered to great fanfare just before Christmas, features probably the best and most seamless integration of computer-generated images and hand-drawn animation to date, and may represent a step forward for mature storytelling in animated films. There are no cute and cuddly sidekicks, and there are no talking animals or gargoyles (as in Disney’s Hunchback of Notre Dame). The central relationship is not between two dreamy lovers but between two brothers who are torn apart by their respective destinies. The songs, sung by some of today’s top-selling pop performers, speed the narrative along while highlighting the emotional and thematic significance of key plot developments, such as the execution of the Hebrew male children, Moses’ spiritual growth during his years living with his father-in-law, Jethro, and the contest of wills between Ramesses and Moses.