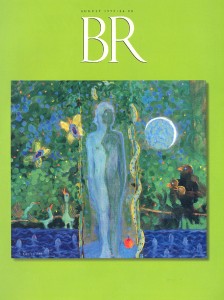 Hatshepsut of Egypt (1489–1469 B.C.E.) recorded two expulsions of foreigners from Egypt in an inscription carved into the facade of her chapel at Speos Artemidos, in Middle Egypt (lines 35 to 42 are quoted below). The female pharaoh first mentions the banishment of a group of Asiatics (along with the foreigners living in their midst) from Avaris, in the eastern Delta. These were probably the Hyksos, Asiatic princes who ruled over Egypt from about 1675 B.C.E. until 1550 B.C.E., when they were expelled from Avaris, their capital city.

Hatshepsut then describes her own efforts to rid Egypt of a second group of foreigners, whom she refers to as “the abomination of the gods.”

The polished limestone statue depicts the pharaoh herself, who ruled over Egypt during its most glorious era. Discovered in Hatshepsut’s funerary temple at Deir el-Bahri, the statue is one of the few to depict her as a woman; Hatshepsut was usually portrayed as a more typical pharaoh—that is, as a bearded male.