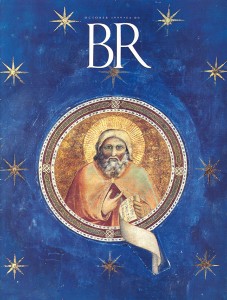 I. For more than 1,800 years, the mirrorlike natures of the Buddha and Jesus remained buried in the ancient texts of each religion. Then scholars examining these holy books began to detect remarkable patterns.

Hardly anything was known in the West about Buddhism or the Buddha until the mid-19th century. But with the escalation of European rule in Asia in the 1880s, interest in Buddhism and in its parallels to Christianity began to grow. The similarities between Jesus and the Buddha were so strong that some scholars believed they could only be explained by direct contact or cultural borrowing. (Because the Buddha lived about 500 years earlier, the borrowing would have been from the Buddha to Jesus.)

One of the first of these spiritual explorers, a Dutch writer named Ernest de Bunsen, equated the Asian concept of an “angel messiah”—a messiah from another world—with Jesus. The son of a baron, de Bunsen wrote primarily in German, but also produced sweeping English texts on religion. In his fanciful 1880 book The Angel-Messiah of Buddhists, Essenes, and Christians, he told of Jews returning from the Babylonian Exile, transporting in their caravans not only rare spices from the East but also a revolutionary concept. According to de Bunsen, the angel myth was adopted by the Essenes, a Jewish sect living in the desert during the first century, who applied it to Jesus. But Jesus, de Bunsen claimed, refuted the Essenes and tried to hide the fact that he was the messiah. Difficult to believe in any era, de Bunsen’s theory was completely discredited with the 1947 discovery of the Dead Sea Scrolls, which most scholars attribute to the Essenes. To date, the remains of about 800 scrolls have been discovered; not one mentions Jesus or an “angel messiah.”