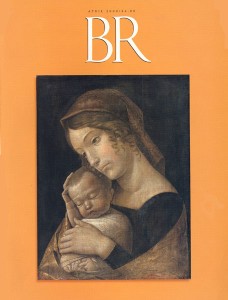 A correspondent stirs the embers of what I had thought was a dying fire. “I see the God of the Old Testament,” he writes, “as much harsher and jealous and more vengeful than Jesus.” I sigh deeply and think once more of the inexpressibly tender compassion of God in Hosea or Isaiah, and of the unutterably stern warnings of Jesus scattered throughout the gospel traditions. Why can’t we shake off the old 19th-century stereotype, with all its dark overtones of a contrast between the God of the Jews and the God of the Christians?

At its heart this is not simply a matter of reading the texts. Not only in Hosea and Isaiah, but again and again throughout the Hebrew Bible we find a God of infinite mercy. This God, it seems, possesses a bottomless reserve of fresh generosity with which to meet the follies and failings, and the downright rebellion and wickedness, of humans in general and of Israel in particular.

Likewise, it is not only in one or two sayings but throughout the gospel narrative that we find Jesus resolute and implacable as he opposes oppression, injustice and wickedness of all sorts. Isolated sayings can be “picked off” by critics eager to assign anything “judgmental,” not to Jesus himself, but to his later biographers, but this often reflects only the prejudice I am here addressing.