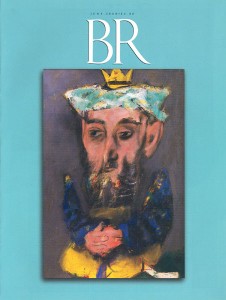 Enthusiastic youngsters across America are lining up at bookshops for signed copies of the latest Harry Potter adventure stories. Words like “wizards” and “hogwarts,” “muggles” and “Quidditch” are establishing themselves in the vocabulary of the preteen set. And some parents and ministers don’t like it.

Should youngsters be warned against reading the novels about teenage wizard Harry Potter, student of the Hogwarts School of Witchcraft and Wizardry? Should books about magic be removed from young hands? And if so, should the Bible be removed as well?

The Harry Potter books recount the adventures of an unhappy and maltreated orphan named Harry, who learns on his 11th birthday that he is not quite the boy he always thought he was. Instead, Harry is the son of two wizards who were murdered by an evil magician named Voldemort. Harry is invited by the wizard community to reclaim his heritage by studying at the Hogwarts school of magic and to join the battle against the “dark side” of magic.

The books have already divided conservative Christians. Several evangelical ministers have preached sermons against Harry, and some “family values” groups have challenged the reading of the series in public schools in a dozen states. On the other hand, evangelical speaker Charles Colson and Wheaton College professor Alan Jacobs have defended the books as enjoyable reading with lessons in character building.