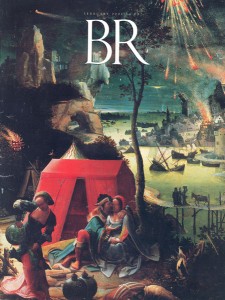 For the last two hundred years, a central question in biblical studies has been the authorship of the Torah (or Pentateuch). The Age of Enlightenment led scholars to realize that the traditional Jewish and Christian belief in Moses’ participation in the creation of the first five books of the Bible was not historically accurate. Accordingly, scholars began to explore the formation of the Torah.

The dominant school was, and is, the JEDP theory, which holds that the Torah is based on four main sources. According to the classical formulation of this hypothesis, the sources and their dates are as follows: J, the Yahwist (Jahwist in German), dating to the 900s B.C.E.; E, the Elohist, to the 800s B.C.E.; D, the Deuteronomist, to the 600s B.C.E.; and P, the Priestly Code, to the 400s B.C.E. According to this theory, the final redaction of the text also took place in the 400s, that is, during the Persian period.1 A variation on the theme places the Priestly source prior to the Deuteronomist, in the 700s, and thus the entire Torah is considered pre-Exilic (the Babylonian Exile commenced with the destruction of Jerusalem in 586 B.C.E.).2