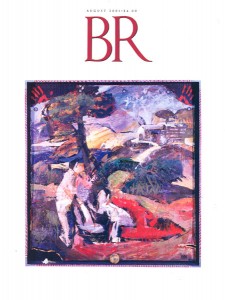 Manichaean mythology not only draws on Genesis, but also borrows from extrabiblical Jewish texts, including a Second Temple era account known as the Book of Giants. The Book of Giants includes an expanded version of Genesis 6:1–4, in which the sons of God mate with the daughters of man. The Book of Giants is known from only two literary collections: the Dead Sea Scrolls and the Manichaean scriptures, where it was considered canonical.

How did Mani and his followers know about this ancient Jewish book? Is there a connection between Mani and the Essenes, the Jewish sect often credited with producing and preserving the Qumran library?

According to Epiphanius, who was intimately familiar with the late antique Palestinian landscape, the Dead Sea area was home to a Jewish sect of “Ossaeans,” a designation that is strikingly reminiscent of “Essenes.” Epiphanius reports: “During the reign of the Emperor Trajan [98–117 C.E.],” these “Ossaeans” were joined “by one called Elksai, who was a false prophet.” According to Epiphanius, the Ossaean sect is now called “Sampsaean,” but elsewhere he states that the “Sampsaeans are now called Elkesaites.”