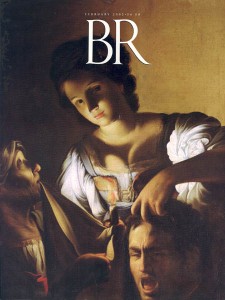 “In the beginning was the Word, and the Word was with God, and the Word was God. The same was in the beginning with God” (John 1:1). With this wonderfully poetic opening verse, John sets the tone for his entire gospel and defines its vast scope. The Word that God speaks in the life of Jesus is the same Word God uttered at Creation’s start. This is the very Word that created heaven and earth, beast and bird, man and woman. For God spoke, “Let there be light,” and there was light.

In his opening verse, John calls listeners to worship—that strange place halfway between earth and heaven, where divine secrets are revealed to mankind. John’s first lines may well have been a hymn, recited Sunday after Sunday in Ephesus, where some believe John lived 60 years after Jesus’ death.

We have moved a long way from the first three gospels (known as the Synoptics because they share so much).a We have shifted from the nitty-gritty of Jesus’ daily life to grand concepts of Light, Life and Truth. The brisk dialogue and memorable sayings of the Synoptics are replaced with long, circuitous—some might even say rambling—discussions. The rapid series of short, sharp stories in the first three gospels give way to a handful of elaborate set pieces in John.