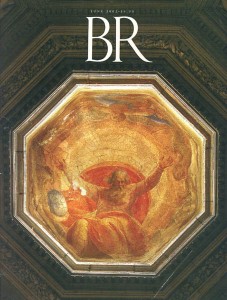 By the time you read this column, it will be June. The seasons will have shifted, the winter gone, and a young man’s fancy will have turned to thoughts of baseball. But I write to you in February, from Boston, on the eve of the Super Bowl. The entire town has been electrified with hope and dread for a week, ever since the Patriots beat Pittsburgh last Sunday.

A new and powerful sense of community charges the atmosphere. Filling the car the other day, I listened as the hip African-American kid pumping gas and the tweedy, aging professorial type waiting for it urgently exchanged opinions on Bledsoe versus Brady. Later, picking up my daughter at her school, I watched as two eighth-grade boys, resplendent in yarmulkes, speculated excitedly with the traffic cop (Irish), the security guard (Jamaican), and a computer-tech car-pool mom (Russian) on what the future in New Orleans might hold. Even my husband, himself a fan, has been startled by the intensity. “Athletics,” he informed me, “has become religion.”

His remark had an unlikely effect. I thought immediately of Philo of Alexandria, the elder contemporary of Jesus and Paul, and of Paul himself, especially of his letter to the Romans with its metaphors from the sports world. “No,” I responded. “Athletics started out as religion.”