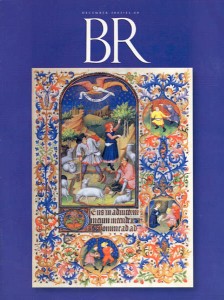 Every December, concert halls and churches throughout the English-speaking world resound with the strains of George Frederic Handel‘s mighty Messiah. For centuries, music lovers have gone home humming the arias and choruses that Handel‘s librettist, Charles Jennens, lifted from the 1611 King James translation of the Bible. For this, we may all shout “Hallelujah!”1

But here and there in the crowd leaving the concert hall, we spy a biblically literate pedant muttering “Bah, humbug,” and fretting that, even if the singers’ diction was impeccable, the audience may have missed what the Bible actually says. For, unfortunately, Handel’s Messiah incorporates and perpetuates numerous mistranslations and misunderstandings of the Hebrew Bible.2

Handel (1685–1759) and Jennens (1700–1773) made an unlikely pair. The former was an expatriate German keyboard virtuoso, composer and impresario who spoke an idiosyncratic patois of German, Italian, French and heavily accented English. Jennens was a leisured English plutocrat and theologian who dabbled in literature.