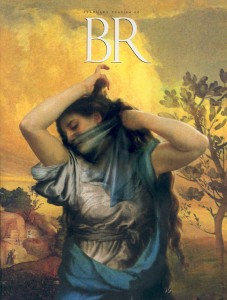 Open your Bible at random and you will notice something striking: Female characters abound. And it’s not simply a lot of women, it’s a lot of strong women. These women are the antithesis of what we might expect from a patriarchal society. They are not passive, demure, timid and submissive, but active, bold, fearless and assertive. They are also not what we would expect based on contemporaneous Near Eastern literature, in which women generally do not play leading roles in the narrative.

In the Bible, the pattern begins with the first female character, who is much more active than her male counterpart. In Genesis 3, Eve “said,” “saw,” “took,” “ate” and “gave” (Genesis 3:2–6)—whereas Adam is the subject of only one verb: “he ate” (Genesis 3:6). This pattern continues until the end of the Hebrew Bible.

Here we find among the Writings, or Ketuvim (the last section of the Hebrew Bible; see the sidebar to “Jews and Christians”), the Book of Ruth (not Boaz), the Book of Esther (not Mordecai), and the exquisite Song of Songs,a in which a dominant, female voice leads the reader through sensual poetry.