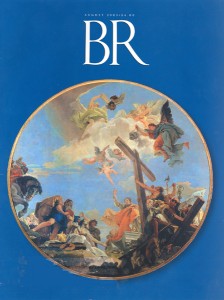 In the days of Constantine the Great, the cross on which Jesus died was “rediscovered” in Jerusalem. Tradition gives Constantine’s mother, Helena, full credit for the find. Today, visitors to Jerusalem are shown the very spot, in a cistern beneath the Church of the Holy Sepulchre, where the empress is said to have unearthed not only the true cross, but the nails that punctured Jesus’ hands and feet, the crosses of the two thieves who died beside Jesus, and the plaque, naming Jesus “King of the Jews,” that hung on his cross.

For her efforts, Helena was named a saint by the Roman Catholic and Eastern churches; in art, the cross became her symbol. In more recent times, she has been hailed as the first biblical archaeologist. But did Helena actually find the true cross? And if not, how did this legend, kept alive in Renaissance paintings and today’s popular press, arise?1

Before evaluating the veracity of the legend of the true cross, we should review what many scholars agree we do know about Helena. Several historical sources provide us with some basic facts about Constantine’s mother. One of the most detailed is the Life of Constantine, written by the church father Eusebius of Caesarea in about 339 C.E.