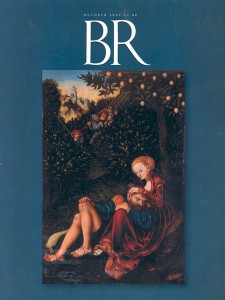 God spoke to Moses from a burning bush. If a team of Norwegian scientists is right, the incendiary shrub may not have been a miracle, but a natural phenomenon common in the desert regions of North Africa.

Last year geologist Henrik Svensen and physicist Dag Dysthe, both from the University of Oslo, went to the Timbuktu region of Mali, on the southern edge of the Sahara desert, to investigate strange local phenomena: surface vegetation spontaneously catching fire and underground fires visible through holes in the earth. Since the 1880s, scientists have thought volcanic activity was to blame; the Norwegian team, however, discovered a more prosaic cause: Buried layers of peat, a highly flammable product of decayed vegetation, easily catch fire during times of drought. Vast peat fires can rage just meters—or less—under the parched earth and may ignite the roots of trees and bushes, causing them to burst into flames.

Svensen told BR, “In the richly vegetated areas, we did indeed find remnants of trees that were burned out.” Peat fires, he says, are known anywhere there are layers of organic material just beneath the surface. What about Egypt? “It could be that this idea is worth testing,” Svensen said.

The team’s findings are reported in the July issue of the journal Geology, although the biblical implications were reported in the Norwegian newspaper Nettavisen. The scientists have no explanation, of course, for the voice of God that boomed commandingly from the bush in Exodus.