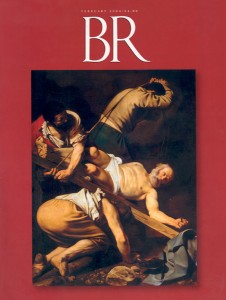 Recently the chief justice of the Alabama Supreme Court was removed from office for violating judicial ethics. He had refused to obey a federal court ruling to remove from the courthouse rotunda a massive sculpture of the Ten Commandments, which he had installed there shortly after his election as judge. This story has attracted a lot of attention, since it points out a tension between our judicial system, based on the Constitution and the Bill of Rights, and the laws of the Bible. Most Americans have a dual allegiance to the claims of both authorities, the civil and the religious, and are disturbed and perplexed when these authorities come into conflict. This dilemma is not easily resolved, though most people (including the U.S. Supreme Court) agree that in this case the court made the right decision in ordering the removal. The principle of the separation of church and state is so central to our democracy that the court’s action in this case was a no-brainer.

But let’s imagine what it would be like if the decision had gone the other way or, even more imaginatively, if the courts adopted the Ten Commandments as the law of the land. What would life be like in America? The result would be unsettling, more so than even the judge’s supporters might think. The major problems come at the beginning and the end of the Decalogue, in the judicial implementation of the First, Second and Tenth commandments.

First Commandment: “I am YHWH your God ... You shall have no gods other than me.” All religions that have gods other than YHWH would be illegal. No more Islam, Hinduism, Buddhism or Native American religions, and certainly no New Age religions. Christianity would probably pass muster, though certain interpretations of the Trinity would have to pass judicial review.

Second Commandment (middle section): “I visit the guilt of the fathers on the children, up to the third and fourth generations.” If this principle were made into law, children would be punished for their father’s, grandfather’s, or even great-grandfather’s crimes. Even during the biblical period this principle was questioned, since it conflicts with the idea of individual moral responsibility. Jeremiah and Ezekiel both complain about this principle, and both argue that individuals should be culpable only for their own sins (see Jeremiah 31:29–30 and Ezekiel 18:1–4). As Jeremiah retorts (reversing the sense of a popular proverb), “Whoever eats sour grapes, only his own teeth ache”—but not the teeth of his children. The punishment should fit the crime and should only be applied to the criminal who committed it.

Tenth Commandment: “You shall not covet your neighbor’s house, you shall not covet your neighbor’s wife, his male or female slave, his ox, his ass—anything that belongs to your neighbor.” There are three problems here. First, wives are stipulated as property, that is to say, they “belong” to the (male) neighbor in the same way as his house, slaves and barnyard animals. There goes women’s equality and self-determination under the law. So much for women’s suffrage too. Probably women’s driver’s licenses would also be revoked, though this might require judicial review.

The second problem with making the Tenth Commandment law is that either most of us would be instant criminals or the American economy would collapse. Much of our economy is founded on the legality of coveting one’s neighbor’s house, car, lawn, etc. A nearly omnipresent ad campaign seems predicated on the idea that most men covet Michael Douglas’s wife, Catherine Zeta-Jones, and that most women covet her looks and style. Without coveting, who would buy expensive cars or glamorous clothes? The Dow would plummet.

The third problem is that the Tenth Commandment demands thought-control. Coveting is a private matter, and freedom of thought is an important legal principle. If certain thoughts were illegal, then who would be the thought police? This is perhaps the most unsettling commandment if made law, since it makes certain mental and emotional processes criminal, and this sets a chilling precedent.

I would suggest that we leave the Ten Commandments alone, as part of our religious heritage and a moral ideal (though perhaps with some erasures). But let’s not pretend that we should make them the law of the land, because it would destroy our country and shred our principles of freedom, justice and fair play. Let’s rather support the experiment that Jefferson and Washington and the others founded a while back. At least let’s give it a try.

Ronald S. Hendel is the Norma and Sam Dabby Professor of Hebrew Bible and Jewish Studies at the University of California, Berkeley. His research focuses on textual criticism, the Hebrew Bible, and ancient Near Eastern religion.