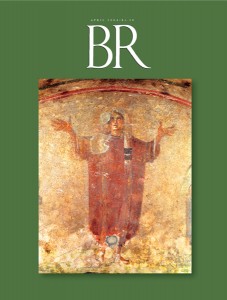 You probably know the old joke about the psychiatrist who gave his patient a series of Rohrschach tests. The patient identified every single inkblot pattern as depicting a man and a woman copulating. The doctor then pronounced his official diagnosis: “You, sir, are obsessed with sex!”

“But, Doc, you’re the one with the dirty pictures!”

The search for sexual symbolism has been trivialized into a sort of parlor game for the unimaginative. “Freudian” literary analyses are inevitably subjective and not always convincing. As the good Doctor himself is said to have observed, “Sometimes a cigar is just a cigar.” (Freud’s own cheroot, however, which rarely left his mouth, was definitely more than just a cigar!) But when the subject matter is explicitly sexual, surely we are entitled to enjoy the double entendre. Even in the Bible.

Although it will cause few modern readers to blush, one of the Bible’s sexiest poems is Psalm 45. Far less explicit than the Song of Songs, the poem’s allusions to the ancient language of love and lust are too subtle and obscure for today’s audience.

Psalm 45 was apparently composed for a royal wedding of an Israelite or Judean monarch to a foreign princess. Which king and when we do not know: Proposals range from the Solomonic era (tenth century B.C.E.) to the Maccabean era (second century B.C.E.). It might even be that the poem was meant for general use, since any bridegroom and bride can be king- and queen-for-a-day.1