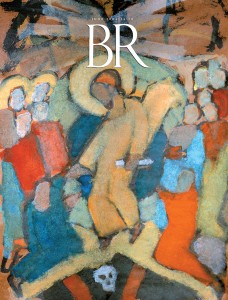 I thank Professor Patterson for his thoughtful response, to which several brief comments may be appropriate. I used the word “revisionist” as the neutral term it is for “one who,” according to the dictionary definition, “revises, or favors the revision of, some accepted theory, doctrine, etc.” Professor Patterson’s reappraisal of the Passion story would surely seem a fair example.

Professor Patterson styles me as “a Missouri Synod Lutheran for whom the inerrancy of Scripture is basic.” This is not the case. In conducting historical research, I am never bound by any such presuppositions, but rather search for the evidence as objectively as I can, let the chips fall where they may.

As for the golden shields episode reported by Philo, Caligula’s mad decision to have his statue erected inside the Jerusalem Temple is deemed “similarly offensive” as compared to Pilate’s conduct in the shields affair. Caligula’s, however, was incomparably, dimensionally worse. Scholars puzzle to this day as to why Pilate’s imageless shields should have been offensive to anyone in the first place.

Regarding the aqueduct incident, I have no doubt whatsoever as to its historicity. The violence of the episode, however, seems to have been a case of crowd control gone terribly wrong. Josephus states that Pilate had ordered his troops “not to use their swords,”1 a sparing remark it was not at all necessary for Josephus to introduce if Pilate were such a wretch, and many of the deaths that day were caused by the ensuing stampede.