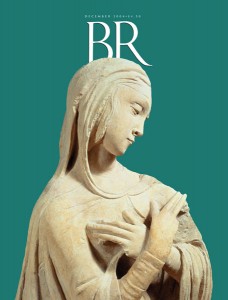 How should we picture the wily serpent of the Garden of Eden?

He’s often regarded as the Devil in snake’s clothes. Yet, much to many people’s surprise, there is no Devil in Eden or, for that matter, anywhere in the Old Testament/Hebrew Bible. In the Hebrew Bible, the serpent of Eden is just called nahash, or serpent; he’s never referred to as the Devil or Satan.

The figure called Satan in the Book of Job is not a character bearing this name but a heavenly official with the title Satan, meaning “Prosecutor.” (The Hebrew term derives from the verb “to accuse.”) According to the Book of Job, the Prosecutor roams “to and fro on the earth” and takes his place among the other “sons of God” (bene elohim); his job is to report on earthly doings to the heavenly court (Job 1:6–7). In fact, the first biblical figure to bear the title satan is none other than King David (1 Samuel 29:4: “he may become an adversary [satan] to us in battle”).1

A fully realized dualist concept of Satan as we know him—a Prince of Darkness, the embodiment of cosmic Evil perpetually at war with the Good of God, first appears in the second- or first-century B.C.E. writings of the Dead Sea Scroll community, which generally refers to him as Belial.