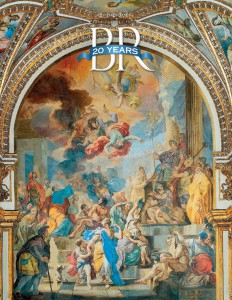 For centuries, scholars from many backgrounds—religious and nonreligious, Christian and Jewish—have worked on discovering how the Bible came to be. Their task was not to prove whether the Bible’s words were divinely revealed to the authors. That is a question of faith, not scholarship. Rather, they were trying to learn the history of those authors: what they wrote, when they wrote and why they wrote. To date, the most persuasive solution they have found has been the documentary hypothesis. The idea of this hypothesis is that the Bible’s first books were formed through a long process. Ancient writers produced documents of poetry, prose and law over a period of many hundreds of years. And then editors used these documents as sources. From them, they fashioned the Bible that we have read for some two thousand years.

Those who have disagreed with this hypothesis come from opposite ends of the spectrum: the most traditional and the most radical. The most traditional scholars—mainly fundamentalist Christians and Orthodox Jews—adhere to the ancient answers to these questions: The first five books of the Bible were written down by Moses personally, the Book of Joshua was written down by Joshua himself, and so on. The most radical scholars argue that the Bible’s books were written later and later—and that they are less and less true.

Some writers from both ends of the spectrum have claimed that the hypothesis is dead, that “hardly anybody believes that anymore.” But the hypothesis that, supposedly, no one believes 20continues to be the model in which most Bible scholars work. It is taught in major universities and seminaries, and outlined in textbooks.