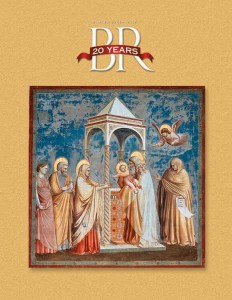 Late 20th century and (thus far) early 21st century Americans are surely the most prodded, probed and polled people in history. Pollsters contact, calculate and communicate Americans’ views on every topic imaginable (and some that, frankly, I couldn’t imagine), from political persuasions to sexual positions. Thus, it should come as no surprise that statistical studies are regularly conducted about religious beliefs and practices in general, and specifically about how Americans view the Bible.

Since this issue comes at the end of a year celebrating BR’s twentieth anniversary, it may prove instructive to look at results from two decades ago and compare them with recent trends. In November 1984, 40 percent of Americans selected option #1; 41 percent, #2; 12 percent, #3; with 6 percent expressing no opinion. In response to the same questions in early May 2005, the statistics were 32 percent, 47 percent, 18 percent and 2 percent.