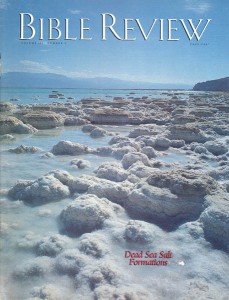 How widespread was the ability to read and Write in ancient Israel? Until recently, the answer usually was, “Quite limited.” The ability to write, it was said, was restricted to a class of professional scribes, who possessed a skill considered close to magic. Since writing was so rare, the ability to read must have been equally rare.1

Recent archaeological discoveries, however, have now given us an entirely different picture.

No one would deny that there was a class of skilled professional scribes or that they were responsible for many important texts. Professional scribes doubtless served monarchs, officials and the gentry where the royal court resided, writing such letters as Queen Jezebel’s order to kill Naboth so that Ahab could seize Naboth’s land (1 Kings 21), or recording deliveries of produce as in the famous Samaria Ostraca (see photo of Samaria Ostraca) discovered in the capital of the northern kingdom of Israel, or preserving the words a prophet like Jeremiah might dictate (Jeremiah 36). Yet, as we shall see, there were other people who were writing as well.

Ancient Hebrew inscriptions can be divided into three classes—monumental, formal and occasional.2