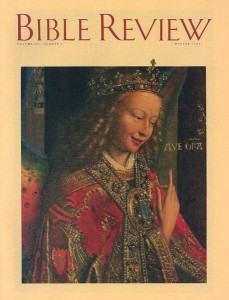 A biblical atlas contains maps showing hills, valleys, cities and villages mentioned in the Bible, but how are the locations of these ancient places determined? Perhaps an even more important question: How confident can we be of the accuracy of these locations?

The answer will vary, of course, depending the place involved. Of some biblical locations, we can be very confident. There can be little question, for example, regarding the locations such places as the Jezreel Valley, the Jordan River, ancient Jerusalem, Hebron, Shechem and Megiddo. But other biblical locations are more problematic, especially the many cities and villages that were less prominent in biblical times.

To locate sites of ancient cities, scholars primarily use three kinds of evidence. First, there are ancient written sources, including the Bible, to be taken into account. From the literary sources we learn of the very existence of the ancient cities and their names, and we derive various historical, geographical and topological clues as to their locations. We learn of the existence of ancient Shechem and Megiddo from both the Bible and Egyptian records, for example. It is apparent from the biblical materials that Shechem was located at the foot of Mt. Ebal and Mt. Gerizim. From the Egyptian records, we know that Megiddo guarded the mouth of a pass through the Mt. Carmel ridge into the Jezreel Valley.