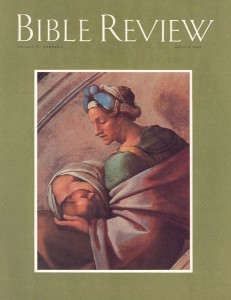 I write this on January 25—appropriately enough, for, according to the church calendar, this is the anniversary of Paul’s conversion on the road to Damascus. Whether the date is right or wrong, we, of course, have no way of knowing.

No biblical writer do we know more directly from his own writings than Paul. In those letters that are genuinely his, Paul’s personality comes across with unmistakable vividness. He regularly dictated his letters. As he dictated, his thoughts raced ahead of his words, and we may wonder at times how his amanuenses managed to keep up with him.

In his letters, we are immediately struck by the range of his friendships and the warmth of his affection. I once counted the names of about 70 people who are immortalized simply because they are mentioned as Paul’s friends. Not only was he devoted to them, willing, as he said, “to spend and be spent” for their sakes, they showed an equal devotion to him. He paid special tribute to two of them, a married couple, who risked their lives for him—Priscilla and Aquila of Corinth (Romans 16:3–4).