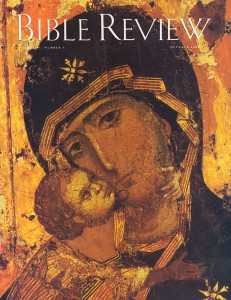 From Egypt to Megiddo, and from there branching north to Asia Minor and Mesopotamia, the major transportation artery I call the International Coastal Highway covered over one thousand miles. From its origin at Memphis, it passed the Egyptian towns of Ra‘amses (Tell ed Dab‘a) and Sile before arriving at Gaza, an important fortified Egyptian provincial capital on the edge of Canaan. Gaza was sometimes a launching pad for Egyptian campaigns into Canaan and Syria. This southwestern sector of the road, from Memphis to Gaza, is known as “The Way to the Land of the Philistines” (Exodus 13:17).

From Gaza the beltway stretched to Aphek/Antipatris, located at the springs of the Yarqon River; the springs obstructed movement, forcing traffic to its inland (east) side. The road continued northward, skirting the menacing sand dunes and seasonal marshes of the Sharon plain, and eventually confronting the barrier of Mt. Carmel.