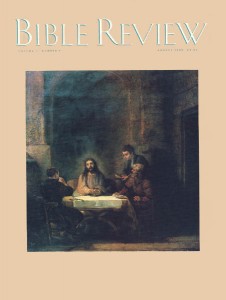 A century is a wholly arbitrary block of time. History surely does not proceed by 100-year chunks. And to mark the beginning and end of a historical period by the start and finish of a particular century can be justified by nothing more than our attraction for round numbers. Yet, if we don’t hold ourselves too precisely to these round numbers, a century is at least a convenient framework within which to look at the process of historical development.

Mulling over Israelite history in this kind of casual way, I was struck with the confluence of significance in what we may call, at least roughly, the eighth century B.C.E.a This led me to pursue the matter more in depth. I ended up devoting the better part of a year to this study and finally concluded that this unlikely century was of extraordinary, if sometimes overlooked, importance. True, devotees of the eighth century cannot point to the glories of David and Solomon, a time long gone. By the eighth century, the kingdom had split—Judah in the south and Israel in the north. Both kingdoms were living in the shadow of their illustrious past and were soon to be eclipsed totally by empires to the east. All in all, it was a time unlikely to cast for itself a major shadow that would continue to engage historians 2,700 years later.

Yet history is full of surprises. Let us see.

By way of backdrop, we must recount the political history of the eighth century; even this is not without its events of significance.