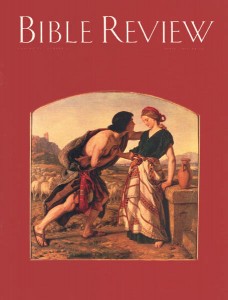 Scholars have long theorized that collections of Jesus’ sayings circulated in the decades following his death and that therefore they would be among the earliest witnesses to his message. Modern critical scholars have even been able to reconstruct one of these collections of sayings —we’ll tell you how later. In the scholarly jargon, this collection of sayings is called simply “Q,” from the German word quelle, meaning “source.” But a copy of Q has never been found.

Now let your imagination roam. What if ? What if an ancient collection of sayings of Jesus were discovered? Suppose it had many parallels to Q, as well as some differences. That would certainly support the idea that collections of sayings of Jesus were in fact available to the authors of the canonical Gospels—provided, of course, that we could demonstrate that our imagined collection of sayings was an early composition, not something written in the second or third century.