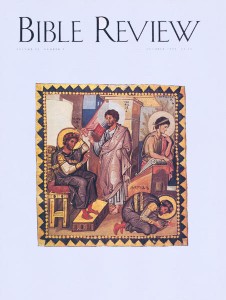 What the Bible Really Says

Morton Smith, one of the editors of this collection of essays, states in his preface that the intention of this volume is to present to the reader what the Bible really says about certain topics especially important in today’s world. These topics, and the authors who write about them, are capital punishment (Baruch Levine), the future (James Tabor), government (John Priest), marriage and divorce (Gerald A. Larue), miracles (Stevan Davies), segregation and intolerance (Bernhard Lang), slavery (Morton Smith), war (Robert P. Carroll), wealth (R. Joseph Hoffmann), wisdom (John Townsend), women in the Old Testament [Hebrew Bible] (Mary Callaway), women in the New Testament (Judith L. Kovacs) and the world (Thomas Podella and Paola Xella).

Smith claims that his concern with presenting “what the Bible really says” is taken quite literally, and that it arises out of a belief that the study of what the Bible really says has been neglected. “The concern,” Smith states, “is for what it says, not what it ‘means.’ What it ‘means’ is usually a matter of interpretation (the pretentious word for ‘guess work’), but what it says is a matter of observable facts” (p. 8). While admitting that some sections of the Bible are not terribly clear, he nevertheless asserts that the “plain sense” of the Bible is “obvious” and that it is not necessary to interpret or to understand the background of the biblical text in order to get at its plain sense.