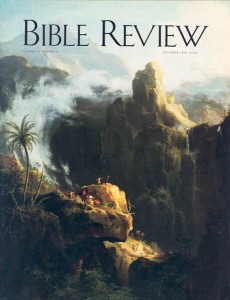 The Dead Sea Scrolls, found between 1947 and 1956 in caves on the northwest shore of the Dead Sea, provide us with a picture of a first-century Jewish community that could well have been the home of John the Baptist. At the very least, the possibility is worth exploring.

Whether or not the possibility is probable, however, is a question not easily answered. My own view is that the Baptist was raised in this community by the Dead Sea and was strongly influenced by it, but that he later left it to preach directly to a wider community of Jews.

Paradoxically, our sources in some ways portray John the Baptist more clearly than Jesus. It is certainly easier to place John in relationship to the contemporaneous Jewish community. Moreover, for 020John, we have an additional, non-biblical witness—the first-century Jewish historian Josephus.a Even among hypercritical exegetes, there is little doubt about who John was and what he stood for.

The Dead Sea Scrolls give us an extraordinary contemporary picture of a Jewish sect, living in the wilderness, with an outlook, customs and laws that seem to be very much like John’s.

Most scholars, including myself, identify the Dead Sea Scroll community as Essene—a separatist Jewish sect or philosophy described, along with the Pharisees and Sadducees, by Josephus.