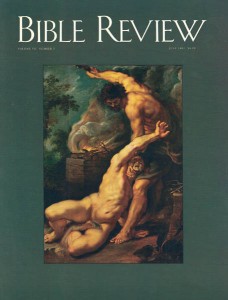 To speak in any language we use our throat, mouth, nose and lips to produce sounds. Humans can create a great variety of sounds, some soft and flowing, which we call vowels, and others hard and sharp, which we call consonants. Each language has a limited number of distinct sounds that are the building blocks for all the words in that language. Some sounds naturally resemble those in other languages; some are unique.

The invention of the alphabet provided a simple, efficient writing system. An alphabet is a list of signs—usually fewer than 30—with each sign representing a basic sound in the language. The first alphabet was the Semitic alphabet (sometimes called proto-Sinaitic or proto-Canaanite), which was invented in the land of Canaan at least 3,700 years ago. From this earliest alphabet came all other alphabets in the world, including those of the Semitic family of languages.