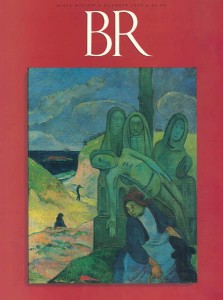 When Ahab told Jezebel all that Elijah had done and how he had put all the prophets of Ba’al to the sword, Jezebel sent a messenger to Elijah, saying, “Thus and more may the gods do if by this time tomorrow I have not made you like one of them.” Frightened, Elijah fled at once for his life….

Elijah walked forty days an forty nights as far as the mountain of God at Horeb. There he went into a cave, and there he spent the night.

Then the word of the Lord came to him. He said to him, “Why are you here, Elijah?” He replied, “I am moved by zeal for the Lord, the God of Hosts, for the Israelites have forsaken Your covenant, torn down Your altars, and put Your prophets to the sword. I alone am left, and they are out to take my life.” “Come out,” He called, “and stand on the mountain before the Lord.”