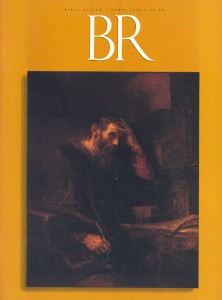 Jerusalem—Holy City for Jews, Christians and Muslims—exists in time, in space and in imagination. Early maps of the city, which often combine these elements in ways that the modern eye finds disconcerting, can teach us much about the city— and the people—of the past.

In reality, Jerusalem of the 16th and 17th centuries was an unimportant city in the Ottoman empire. Nevertheless, for Europeans its significance was so great that many histories, chronicles, Bible commentaries and travel books of the time were dedicated to its description and study. With the advent of the printing press, the spread of education and the proliferation of printed Bibles, books about the Holy Land dramatically increased.1

Few Europeans actually traveled to Jerusalem. They bought maps and books reflecting their interest in the ideas and events associated with the Holy City—not its physical details. Until the early 19th century, maps tended to be artistic drawings of landscapes, without measurements, scale or accurate perspective. Scenes and locations from different times in history were depicted side by side, combining the representation of a real location with the biblical concepts associated with it. Because of their popularity, many early maps of Jerusalem have survived.2